You are here: Home / Blog / Treasures you could be sitting next to…in your flip flops! 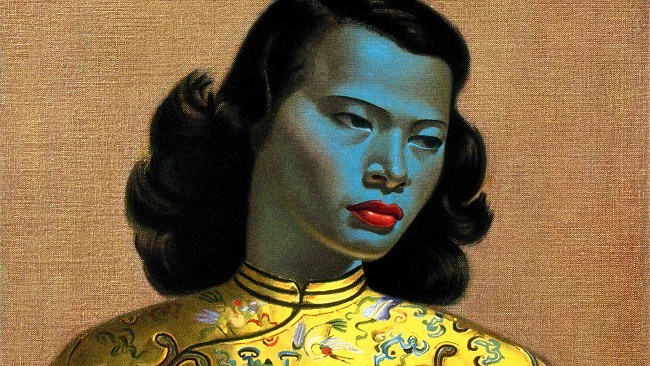 I was captivated recently by this portrait entitled ‘Chinese Girl’ by the Siberian artist Vladimir Tretchikoff. It had been heavily promoted and was for sale by auction at Bonhams. It was the star of the show and sold for a whopping £982,000 (inc) nearly double it’s estimate. It produced probably one of the most iconic and recognisable prints of the mid 20th century and is the highest sum paid for the artist’s work.

What was fascinating however was that it was bought by Laurence Graff, whom you will all be familiar with (the diamond dealer and owner of the House of Graff, home to ‘the most fabulous jewels in the world’). He plans to display it as part of the modern and contemporary art collection at his Delaire Graff Estate, a sumptuous holiday resort, open to all, in Stellenbosch, South Africa. This exclusive destination displays paintings, ceramics and sculpture though-out the estate.

It reminded me of a trip some years ago to the wonderful British island of Tresco in the Isles of Scilly. The owners of this private island have their own collection of art and much of it is displayed throughout the public areas. A smaller, barely inhabited island next door also owned by the same family has a wonderful hotel and restaurant called Hell Bay. It was sitting here one evening sipping a G&T, that I realised we were surrounded by wonderful (and very expensive) paintings. I happened to nudge past one as I was sitting down and taking a look at the signature realised it was by Dame Barbara Hepworth. Any old Tom, Dick or Harry could have easily splashed their tipple over her marvellous work! The evening was then a succession of talent spotting with works from Terry Frost and Stanhope-Forbes. It made me wonder if any of the other diners realised what was on the walls? Perhaps it was best they didn’t!