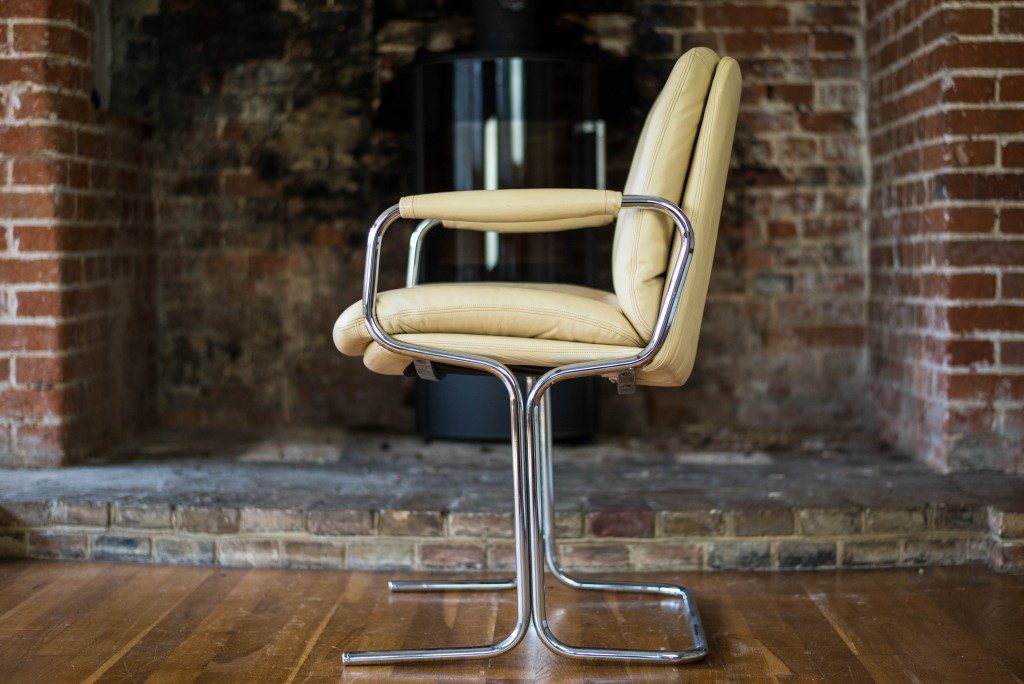 Pieff Furniture was the British furniture brand of the 1970s. Pieff was an evolution of Production Facilities Ltd., based in Lye, West Midlands. Founded by Fred and David Bates, PDL originally made mostly cateen furniture. However, after Tim Bates joined the business in 1966, the company began to produce high-end furniture. Sold through Harrods, Heals and other prestigious shops, Pieff was synonymous with luxury. Globally recognised as one of the top brands, Pieff chairs were particularly successful in the 1970s.

Tim Bates, younger brother of David, designed some of the most cutting-edge British furniture of the period. A design student with experience on the factory floor, Tim led the Design and Development of a new up-market product range in the late 1960s. Launched at the Decor Furniture Exhibition in May 1970, promotional photos displayed the furniture alongside Lamborghini supercars. In keeping with this Italian connection, the first two Pieff model ranges were named Eleganza and Suntuoso. Though initially created for the contract market, Pieff furniture was quickly aimed at retail customers.

For example, Pieff Eleganza chairs were some of the most recognisable pieces of the time. Pieff chairs had all the elements that made Pieff so successful. Firstly, strong use of chrome. Mirrored chrome was a hallmark of Pieff’s glamourous style. Next, high-quality leather. Crafted with care using the best materials and Pirelli webbing, Pieff Eleganza chairs upheld the company’s reputation for excellence.

By the mid-1970s Pieff Furniture could be seen on television programmes such as “This Is Your Life”, “Blake’s Seven”, “The Good Life” and many more, and the British government’s Property Services Agency was buying Pieff Furniture for use in prestige locations in government offices and British Embassies around the world.

A casualty of the industrial recession of the 1980s, Pieff Furniture went into receivership in May 1983. Then, local company PEL Ltd of Oldbury purchased the Pieff product range and remaining stock. Currently, the Pieff name belongs to P. F. Collections Ltd of Long Eaton, Nottingham.

Looking for your own Pieff furniture? MRS FOX can help. Our furniture shop in Cambridge sources and sells iconic modern furniture. Indeed, our online shop showcases a number of Eleganza chairs. For instance:

However, Eleganza chairs came in a wide range of colours, including red, caramel and dark brown. As a premier boutique furniture shop in Cambridge, we can source just the items you are looking for. So, if you don’t see the chairs you want in the online shop, then contact us and we’ll find exactly what you’re after.