You are here: Home / Blog / A Brief History of Phillippe Starck Chairs 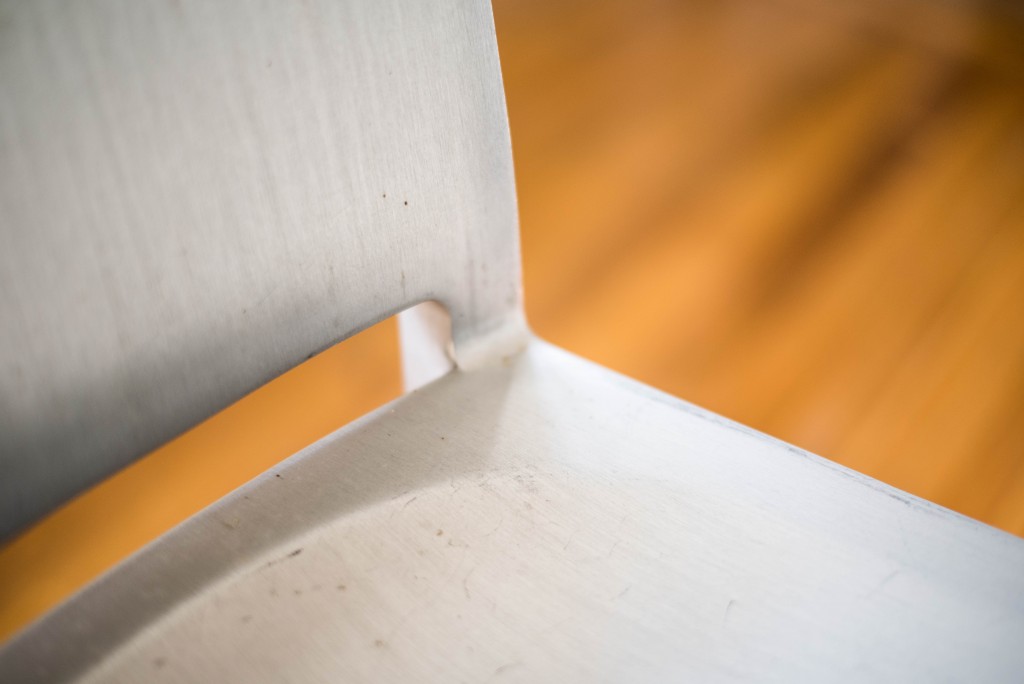 The work of French designer Phillippe Starck represents some of the most enduring and significant work of the 20th-century. Driven by a commitment to ‘democratic design’, Starck aims to offer superb quality, elegant design and affordability. As you will see, nowhere is this more evident than in Phillippe Starck chairs.

…my concept of democratic design is based on the following idea: to give quality pieces at accessible prices to the largest number of people. To lower the price while increasing the quality. It’s my political consciousness.

Born in France in 1949, Starck spent his early years beneath the drawing tables of his aeronautic engineer father. He credits these experiences with sowing the seeds of his design philosophy. That is, that ‘everything should be organised elegantly and rigorously, in human relationships as much as in the concluding vision that presides over every creative gesture’. Though an unenthusiastic student at the Ecole Nissim de Camondo in Paris, Starck did design an inflatable structure inspired by materiality in 1969. With this, he launched his design revolution. Next, he cemented his place in 20th-century design with re-designs of nightclubs La Main Bleu (Montreuil) and Les Bains Douches (Paris) in the mid-70s. Then, in the early-80s he garnered global attention when chosen by President Mitterrand to be one of the designers to re-imagine the private presidential apartments in the Elysées Palace.

A prolific designer claiming 10,000 creations ‘completed or yet to come’, Starck’s work consistently reflects his notion of ‘democratic design’. This idea includes principles of sustainability, price and functional beauty. In practice, this results in objects that ‘must be useful before being beautiful’. In other words, everyday objects of stunningly elegant and pared-down 20th-century design. You can see the practice of democratic design in Phillippe Starck chairs. From his iconic plastic furniture to the innovative Broom Chair created from a sustainable composite made of recycled industrial waste, Phillippe Starck chairs consistently demonstrate the designer’s mission to innovate with materials in order to improve peoples’ lives.

Phillippe Starck chairs embody the designer’s mission to deliver functional sustainable beauty to ordinary people. Of course, how this mission is realised has evolved throughout Starck’s career. From the 20th-century focus on plastic, dematerialisation and invisibility to early-21st-century efforts in ‘bionism’, Starck’s relentless creativity and pragmatism have generated some of the most iconic pieces of modern furniture

For example, the Louis Ghost Chair by Kartell. Though only released in 2002, the design has been copied and re-imagined time and again. Durable and beautiful, this lucite marvel became an instant classic.

Inspired by Louis XVI, Starck’s interest in great engineering comes through in this chair. In collaboration with Kartell, the chair is crafted from a single piece of polycarbonate plastic. On the heels of its great success, Starck and Kartell created a number of spin-offs such as the Victoria Ghost.

There are many reasons for the Louis Ghost’s success. Firstly, it is hard-wearing. This plastic chair has no joints to crack or warp. Indeed, this brings us to point two: versatility. That is, the Louis Ghost is designed for indoor-outdoor use and its construction stands up well to the elements. Finally, great design. Functional, classic design doesn’t fade. When objects are useful and beautiful they endure. So too the Louis Ghost. Moreover, it is now available in a wider range of translucent shades as well as solid black and while.

Designed for the Hudson hotel in NYC, this chair is Emeco’s and Starck’s first collaboration. Inspired by Emeco’s 1940s Navy Chair, Starck described his process as ‘washing the details from the Navy Chair’. The Hudson Chair was the first new design for Emeco in over 50 years. Originally a US Navy supplier, working with Starck transformed the company into one of the top design furniture brands.

True to his design principles, non-functional embellishments were removed to create a handsome pure design. Crafted from aluminium, this iconic Phillippe Starck chair is on permanent exhibition at MoMA.

Look no further. MRS FOX furniture shop in Cambridge and Essex sources and sells Phillippe Starck pieces among other great examples of 20th-century art and design. You can see full details in our online shop.