You are here: Home / Blog / An Expert’s Guide to Mid-Century Modern Furniture 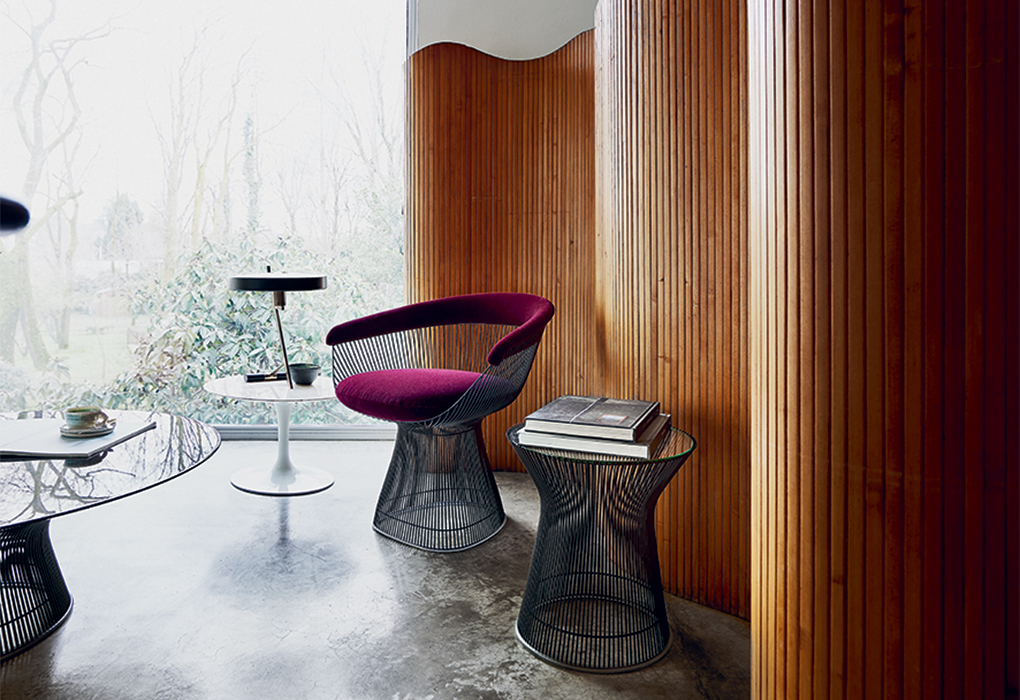 What is Mid-Century Modern?

To begin with, let’s define ‘mid-century modern’. Mid-century modern, or MCM, refers to a 20th-century style of furniture, art and architecture. In particular, from the 1930s to the post-WWII years. For some, MCM means work from 1933 – 1965. While others take a narrower definition of 1947-1957. However you slice it, mid-century modern design shares some common characteristics.

Mid-century modern (MCM) is the design movement in interior, product, graphic design, architecture, and urban development from roughly 1933 to 1965.

In MCM, form follows function. In the aftermath of WWII, in a world reeling from scarcity and trying to rebuild, people needed new homes and furniture. This meant mass production. So, gone were ornate designs. Instead, mid-century modern turned to sleek lines and organic curves. Moreover, mid-century modern experimented with new materials and manufacturing processes.

For example, materials such as plywood, foam, aluminium, steel, and plastic laminates were all bendable. This allowed designers to create the luscious curves often seen in MCM furniture. Think Eero Aarnio’s famous Ball Chair. Moreover, in a departure from earlier periods, MCM designers showcased, rather than disguised the materials used in their creations. In a celebration of a new post-war era, pieces emphasised their use of materials. For instance, Warren Platner’s signature chairs, made from nickel coated steel rods.

Indeed, the Ball Chair and Platner’s chairs relate to 2 of the 3 mid-century modern styles discussed in Cara Greenburg’s book Mid-Century Modern. First, the biomorphic look. Seen in the Ball Chair, pieces of this style feature irregular curvatures. Next, the machine look. Exemplified in the Platner chairs, this style highlighted the machine-origin and materials used in construction. Finally, the handcrafted look. Particularly apparent in Scandinavian design of the period, this style offered items in natural materials with an artisan look. However, these pieces were mass-produced and therefore more affordable. A good example of this style comes from the British brand, Ercol.

A Brief History of MCM in Britain

In Britain, the ravages of war and a history of industrial innovation produced some of the period’s most recognisable brands. For example, Ercol Furniture. Founded in 1920, the Ercol factory contributed to the war effort during the Second World War. To begin with, they produced tent pegs and munitions boxes. Later, they mass-produced good-quality furniture in an era of scarcity. In particular, the Windsor chair. Created from English elm using their own steam-bending process, a new chair was could be made every 20 seconds! Then, in the post-war period, Ercol played a role in reconstruction. For instance, their exhibition at the 1951 Festival of Britain showcased the latest in furniture design and manufacture.

Searching for mid-century modern furniture in Cambridge? MRS FOX can help. Our furniture shop in Cambridge sources and sells iconic mid-century modern furniture. Similarly, we offer the best of modern, such as fine retro and vintage pieces from the 60s and 70s. Looking for something specific? Contact us and we’ll find it! Or maybe you are just looking? Then, please, have a browse of our online shop!