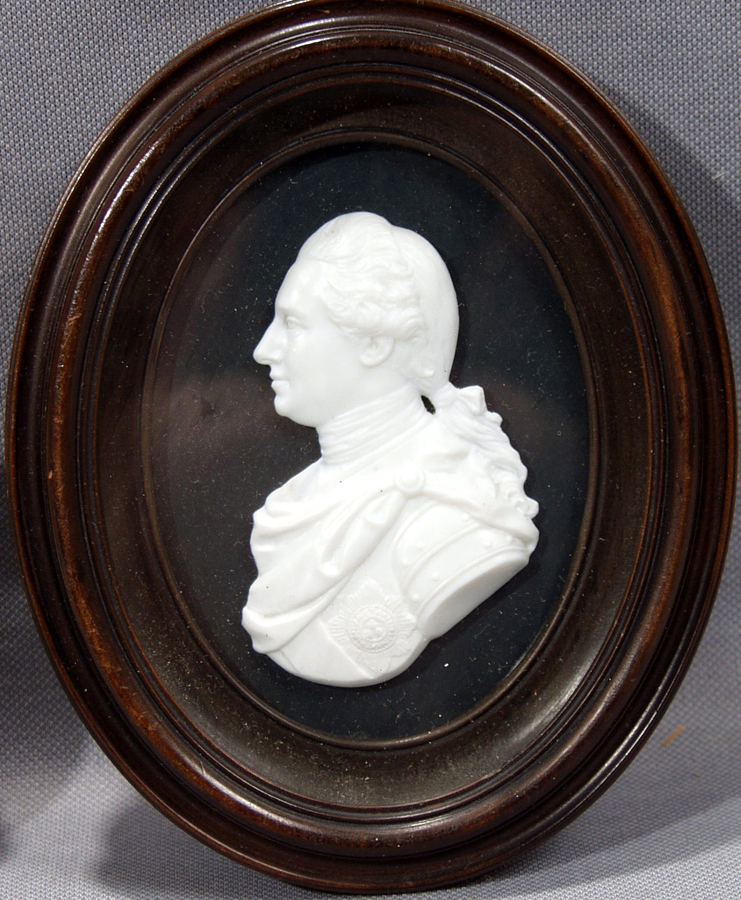 He modelled his clients usually from life, although he occasionally worked from other artist’s portraits. The initial image would be sculpted in wax from which a mould would be made. The final image would be produced using Tassie’s vitreous paste – a secret formula of glass resin, kept from his competitors. Tassie’s success was due to his skill in producing an exact likeness of his sitter. The material used to produce his medallions was also extremely durable and today these elements, combined with the rarity of the sitter, can make his work very desirable indeed.

Some images were produced in high quantities for example the 1st Earl of Mansfield, William Pitt and Robert Adam. Many were produced for sale to the general public, keen to show their support for political figures or their love of the arts. Others were produced in small numbers for private use. A comprehensive catalogue of Tassie’s medallions was produced by J.M. Gray, Curator of the Scottish National Portrait Gallery, in 1894 and is our ‘Bible’ here at Fine Art Valuation.

Upon James Tassie’s death, his nephew William Tassie continued the business and although he was very successful, his medallions are rather cold and severe by comparison.

Tassie also produced seals and intaglios; reproductions of antique gems. His biggest commission was from Catherine the Great to whom he supplied over 12,000 pieces.

We have been lucky enough to have looked after collections of Tassie medallions for many years and our expert in this field has written on his work. Many fakes and copies are in existence and we are often appointed to identify these. Our clients are keen to collect fine examples of every sitter and we get very excited here in the office when one we have never seen before comes along!