You are here: Home / Blog / Dido Elizabeth Belle – A Black Girl at Kenwood 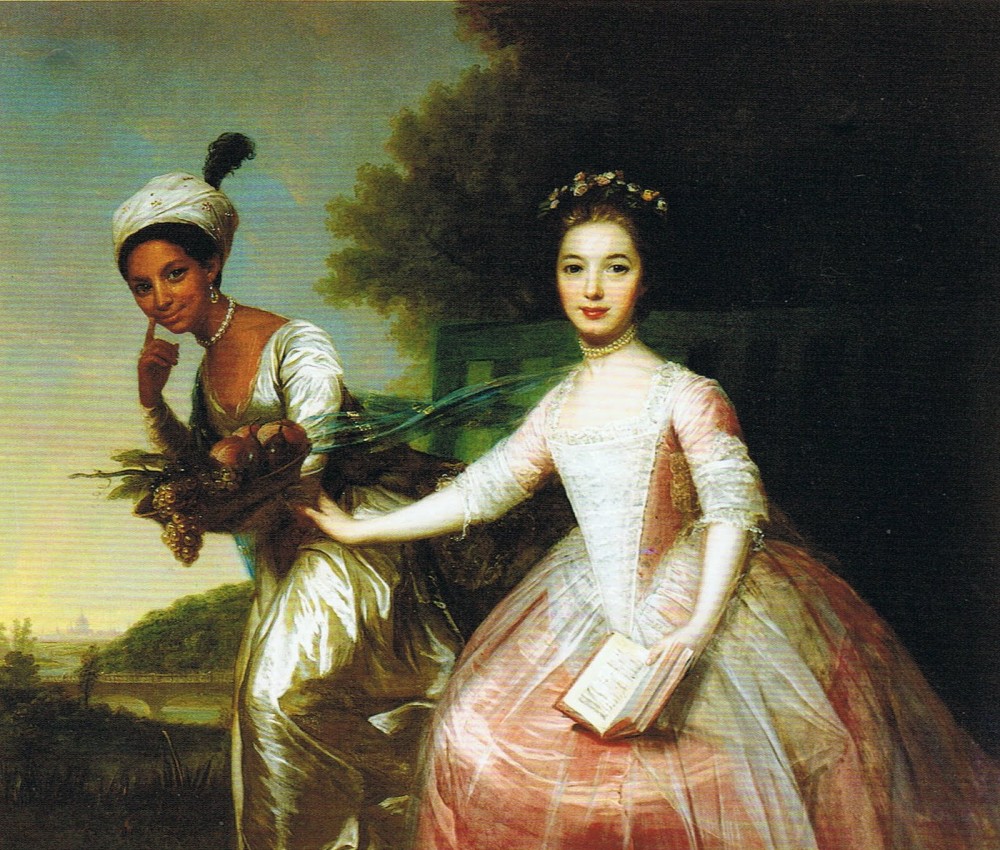 Sometimes researching pieces within our collections throws up some truly fascinating stories. They are engrossing and perhaps take up far too much of our time and this story is no exception.

It relates to a portrait medallion by James Tassie of Admiral Sir John Lindsay (1737 – 1788), a British naval officer.

His tours of duty took him to many places including the East and West Indies and while away he was not averse to sowing his wild oats – a bit of a bounder really but we will come back to that shortly!

He served in the Seven Year’s War, was the very first commander of HMS Victory (if only for a short period of time) and was awarded the Order of the Bath at the relatively young age of 33.

His sister Margaret Lindsay eloped with and later married the artist Allan Ramsay as his second wife; something her father never forgave her for.

As already mentioned Lindsay took full advantage of being away from home. By the end of his life he had had three illegitimate children by three different women but it is his daughter Elizabeth Dido Belle that has fascinated us and many others alike. Her mother, also thought to have been called Belle, had been an enslaved african. Dido was brought to England as a young child to the home of Lindsay’s Uncle, William Murray, the 1st Earl of Mansfield and an eminent barrister, judge and politician. He and his wife were childless and were raising his niece Lady Elizabeth Murray after her own mother had died. As Dido and Elizabeth were a similar age it is likely that William and his wife took Dido in as a playmate for Elizabeth. She spent 30 years at the family home Kenwood House in Hampstead, London.

Can you imagine how this was viewed within the social elite that surrounded the family? This was an illegitimate, mixed race, young girl who lived, not as a slave, but as a member of the family. She was educated and privileged to most but not all the families’ lifestyle. She was not permitted to attend dinner with guests but was allowed to have coffee with the ladies in the drawing room afterwards. She was given the responsibility of the estate’s dairy and poultry yards and helped Murray with his correspondence.

She later married and had three sons but died at the age of 43.

The existence of Belle at Kenwood would have undoubtably influenced Murray’s views on slavery. As Lord Chief Justice of England and Wales his ruling in ‘Somersett’s Case’ was by many considered influential in the process of abolishing the Slave Trade.

The portrait you see above is by an unknown artist but it was originally thought to be by Johann Zoffany. It shows Dido and Elizabeth and is a charming depiction of two good friends. It is still held by the family and resides at the family seat, Scone Palace in Perth, Scotland.

We are very excited to report that the story of Dido’s life has been made into a movie. It is directed by Amma Asante and stars Gugu Mbatha Raw as Dido. It was released in the autumn of 2013.

The portrait medallion of Admiral Sir John Lindsay is by James Tassie.