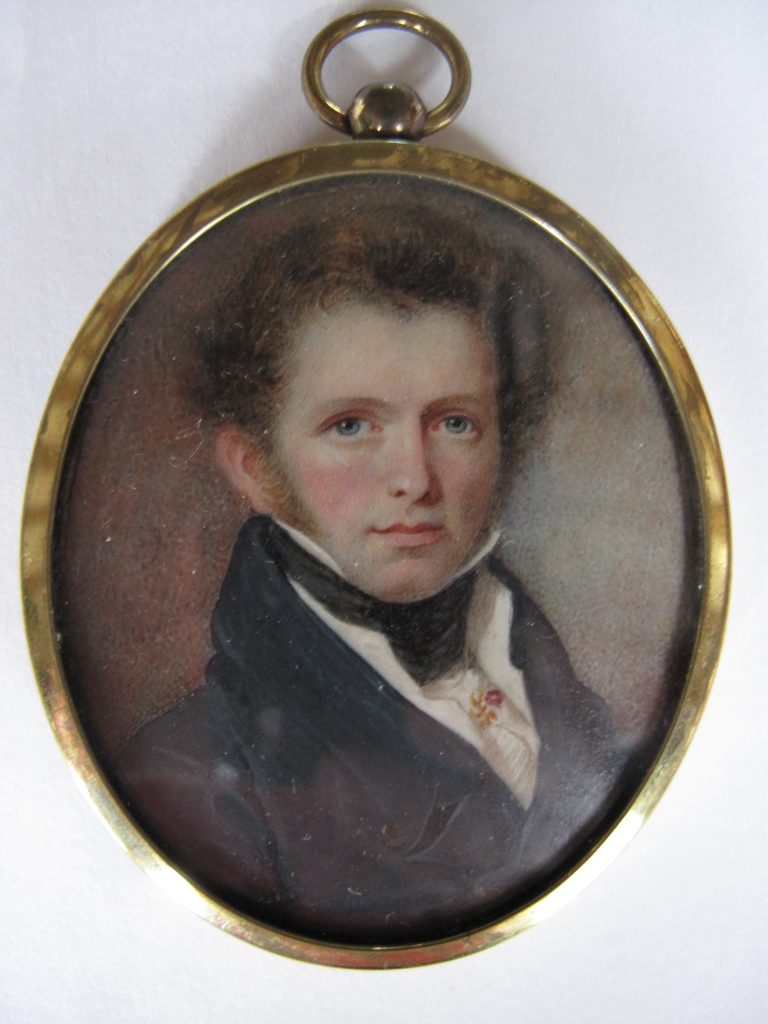 We have been extremely privileged to have had access to some of the finest collections of portrait miniatures in the world. They represent the best examples of British and Continental artists from the 16th to 19th centuries. Some are narrow in their sphere, perhaps just one artist, sitter, location, or family and others that are a little more eccentric; those depicting spectacles or flamboyant hairstyles.

All these collections however, display fine examples of the art of painting portraits in miniature and the wonderful skill and deftness of touch that is involved in this exquisite art form. A captivating subject for those considering investing in art.

Miniatures were the photographs of their day. Many were small enough to be worn on clothing or around the neck rather like a locket or brooch. Larger ones were displayed on the wall or in small cabinets but all could be held in the hand or tucked away in clothing or luggage as a portable reminder of loved ones.

Originally used to decorate and illustrate hand written books, painting in miniature developed into an independent art form in the early 16th century. The two most notable miniaturists of the time were Jean Clouet working in France and the Englishman Lucas Horenbout.

During the reign of Elizabeth I the portrait miniature was also used as propaganda and many miniatures of members of the royal family were produced by Nicholas Hilliard, Hans Holbein and Isaac Oliver; arguably the most expensive pieces today.

17th century miniaturists included John Hoskins, Samuel Cooper, Bernard Lens and Peter Cross but it was the 18th century that was the hey day of the portrait miniature. Many miniaturists made a very good living and developed a high profile reputation. John Smart, Richard Cosway, George Engleheart, Henry Pierce Bone, Andrew Plimer and William Wood were all extremely successful.

Some travelled into Europe hoping to secure business from those undertaking the Grand Tour. Others like Charles Shirreff, George Chinnery and John Smart travelled to India. These works tend to be extremely desirable.

The invention of photography in the mid 19th century put an end to the popularity of miniature painting but it is fascinating to consider these beautiful little creations; the life of the artist (Richard Crosse was an exceptional artist despite being deaf and dumb), the life of the sitter, why it was painted, if it is still in its original frame and mount, where it has been during the course of its life and whether it has been treasured by its owner.